Ronald J. Maciel is a retired Judge of the California Superior Court. He has a diverse background, both on and off the bench. In addition to law, he holds a CPA license, and has held general contractors and real estate broker licenses. As a judge he participated in the Judicial Science Symposium at the Salk Institute in La Jolla, California.

As a patient, he has observed firsthand the excellent standards of treatment of Dr.Nezami. Mr.Maciel's youngest brother died of cancer. Had Dr.Nezami's treatment protocol been available at that time, the outcome would most assuredly have been different. Mr. Maciel considers it an honor and privilege to be a part of the Advisory Board.

Dr. Sherri J. Tenpenny is an osteopathic medical doctor, board certified in three medical specialties. From 1986 to 1998, she was a full time Emergency Medicine physician and the director of the Emergency Department in Findlay, Ohio.

In 1996, her passion for holistic health, led hr to open a center for Integrative Medicine in Middleburg Heights, where patients from over 42 states and 14 countries have improved their health using a combination of conventional and holistic therapies. Widely regarded as the most knowledgeable and outspoken physician on the impact vaccines can have on health, she is also a recognized expert on a wide range topics within the field of Integrative Medicine including breast health, breast thermography, women's hormones, and medical uses of iodine.

In addition to offering her expert advice on hundreds of radio and national television programs, Dr. Tenpenny has been interviewed for national print media and has published numerous magazine articles in six languages. She has lectured at Cleveland State University and Case Reserve Medical School and has been a speaker at conventions, both nationally and internationally on topics related to alternative health and vaccines. She is a contributor for the Huffington Post, The Women's Journal, and several other print publications. Additionally, she has written two books and contributed to several others, "Textbook of Food and Nutrients in Disease Management." (Johns Hopkins Univ. Press).

She Currently serves as a Chief Medical Consultant for Parker Hannifin, a Fortune 250 company with 60,000 employees in 48 countries where she is helping to develop health-conscious and holistic programs for the company's locations in the U.S. and around the world.

Dr. Messeha is Research Associate at Florida A&M University and a previous Adjunct faculty at Institute of Public Health, Florida A&M University. She has a BS in Biology, MS and Ph.D. in Environmental Toxicology, and MPH in Environmental and Occupational Health. She has background in public health and environmental toxicology, and she has experience in high-throughput screening of naturally occurring bioactive compounds and phytopharmacology. Her research focus on cellular and molecular cancer biology, so she is using different methodology, including genomics, whole transcriptome microarray, miRNA, imaging, immunofluorescence, and western blotting. During her work at FAMU, she was able to publish 16 articles in cancer biology and drug discovery in addition to previous 9 articles in various area of pesticides and toxicology. 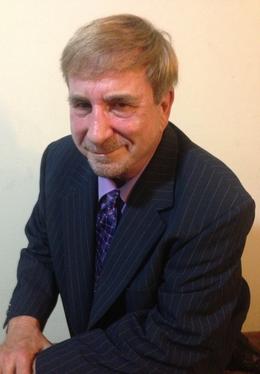 Karam F.A Soliman, is the associate dean for Research and Graduate Studies and Distingguished professor of Pharmaceutical Sciences at the College of Pharmacy and Pharmaceutical Sciences Institute of Public Health of Florida A&M University (FAMU). Dr.Soliman received his M.S and Ph.D degrees in Physiology from the University of Georgia in 1971  and 1972. He started his professional career in 1972 as an assistant professor of Physiology at the School of Veterinary Medicine of Tuskegee Institute. He oved into FAMU in 1975, where he was involved with the Research Center in Minority Institution (RCMI) program for 36 years since its inception in 1985. Also, his record includes the training of 32 PhDs in Pharmacology/Toxicology. He has published extensively in national and international refereed journals (215) publications. His record includes on book, five book chapters, and 4 U.S. patents. His research has been supported by NIH, NASA, Office of Naval Research, and Department of Energy Grants. During his tenure at FAMU, he was awarded federal grants totaling over $96 million. Dr.Soliman's research interests in cancer have been focused on cancer cell pH as a crucial factor in the biological functions of cancer cell proliferation, invasion, metastasis, drug resistance, and apoptosis. Also, the involvement of NRF2 in aging, COVID 19, neurodegeneration, and cancer. Dr.Soliman is a member of the Society for Neuroscience, American Society of Pharmacology and Experimental Therapeutics, American Physiological Society, American Society for Investigative Pathology, Endocrine Society, Society of Experimental Biology and Medicine, and the American Association of Cancer Society.

​Steven Hager is a strong advocate of cancer research and is a guiding force
behind cCARE's research program. He promotes patient participation in clinical trials whenever clinically appropriate. Board certified in internal medicine, medical oncology and hematology.

Dr. Hager completed his residency training in internal medicine at National Naval Medical Center in Maryland and his fellowship in hematology and medical oncology at the Naval Hospital in San Diego. Dr. Hager and his wife Nancy have two sons.
He enjoys travel, running, hiking and photography. 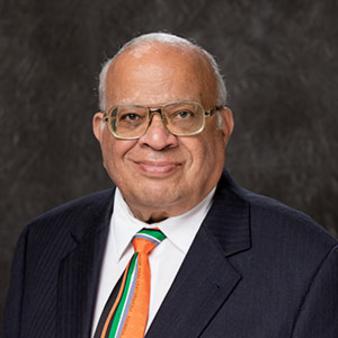 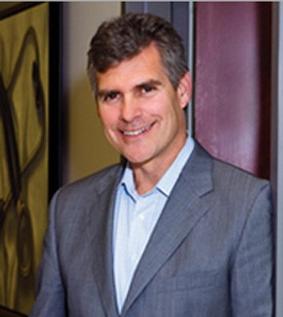 Jeff Cullman is President of the Hydraulics Group of Parker Hannifin
Corporation, a 13 Billion fortune 500 company that produces products and systems for motion control application.

Pacific Medical center of hope is honored to have Mr. Cullman actively involved in the research and development projects related to Dr Nezami's method of treating cancer as a team member and adviser. 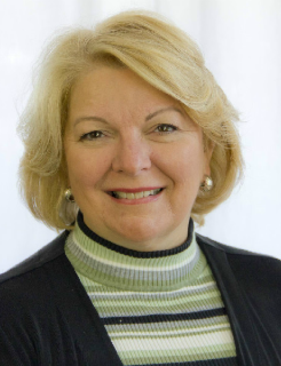 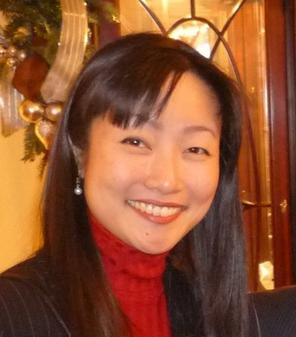 She is a practicing naturopathic physician, specializing in the treatment of cancer, and has treated hundreds of oncology patients in the Seattle area and beyond. Dr.Standish's research studies encompass breast, brain and prostate cancer, neurology, medicinal mushrooms, qi gong, and other areas of interest.

She has been a member of both the NIH and the Department of Defense study sections for scientific review of CAM research in cancer. She currentlyresides in Seattle, WA. 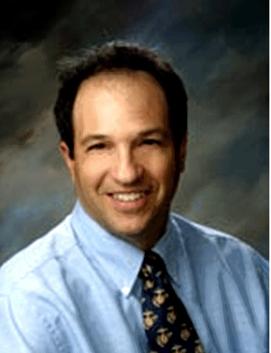 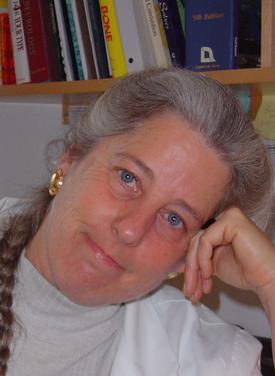 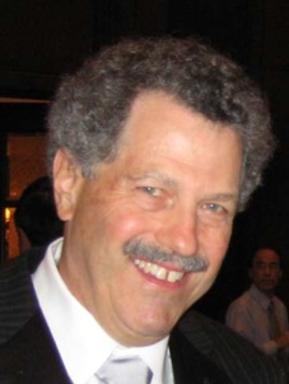 Dr. Loeb is a retired research pharmacologist who earned his Ph.D. from the Medical College of Pennsylvania. His research was in the area of the anti oxidant defense mechanism and toxicology in the central nervous system (MCP) and the lungs (USC & CHLA).  Prior to his scientific training, he was in hospital and medical administration in Philadelphia, and later in Three Rivers.

He has been a patient of Dr. Nezami’s since his diagnosis of chronic kidney disease, in 2010.  He has witnessed first hand the successes Dr. Nezami has had not only with his cancer patients, but his family as well. Dr. Loeb lives in Three Rivers, CA where he is on the board of the Three Rivers Performing Arts Institute, the Enchanted Playhouse Theater Company of Visalia, and an advisor to the Visalia Opera Company.

He and his wife Caroline have three adult children, a chef, a linguist who develops curricula and tests for ESL students and their teachers, and a classical vocalist

We have welcomed 8 experts in different areas of medicine, research, academia, law and business with diverse backgrounds in the community to join our board. Some of these members have committed their life to our common mission and provided tremendous support to our patients and our practice.

Dr. Vicky Yamamoto is a cancer scientist at Keck School of Medicine of USC. Prior to joining USC, Dr. Yamamoto has worked at Mount St. Mary’s University, The Scripps Research Institute, the Maxine Dunitz Neurosurgical Institute at Cedars-Sinai Medical Center, and California Institute of Technology. She has publications in major journals, including Cell, Developmental Cell, Cell Reports, PlosOne, the Journal of Alzheimer’s Disease, NeuroImage, and Oral Oncology and has written several book chapters.  Dr. Yamamoto’s current research and expertise are in developmental neurobiology, cell signal transduction, cancer stem cells, molecular targeted therapy, screening and identification of small molecules for cancer treatment, establishment of tissue bank, and clinical trials.  She hopes to bring a wealth of knowledge and expertise in the field of biomedical sciences to the advisory board and hopes to achieve the goal of helping clinicians determine the most effective and precise treatment for cancer patients.

Dr. Yamamoto is one of the founding members of Society for Brain Mapping & Therapeutics (SBMT), which was established in 2003. She has been serving as a member of the Board of Directors of SBMT and the Brain Mapping Foundation since 2007. She has served on many committees including publication committee as a member of the editorial board and co-chaired the industry committee of SBMT where she provided a liaison with near 3,000 industry partners of the society. She is currently serving as an Executive Director for SBMT since 2017. Dr. Yamamoto holds other leadership roles in a number of organizations, currently serving as a Chair of the Board of Directors of Hand-in-Hand Community Health Clinic and a Chair of the Scientific Advisory Board of Blue Horizon International.

Dr. Yamamoto received undergraduate degrees, BS in Biological Sciences and BA in Chemistry, from Mount St. Mary’s University and a doctorate degree from Keck School of Medicine of University of Southern California. 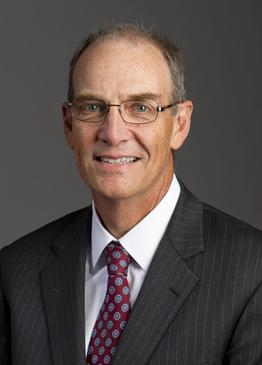 Dr. Duma received his general neurosurgical training at Georgetown University Hospital in Washington, D.C., followed by a fellowship at the University of Pittsburgh Medical Center Presbyterian in Gamma Knife radiosurgery and stereotactic and functional neurosurgery. He has been involved in medical research since his undergraduate education, beginning at the Cornell University School of Medicine’s Department of Neuropharmacology and continuing on through his graduate years at Memorial Sloan-Kettering Cancer Center’s Department of Neurology Pain Service. In 2002, Dr. Duma founded The Foundation for Neurosciences, Stroke and Recovery to provide outreach and assistance to patients with movement disorders. He continues to serve as Chair of the Foundation for Neurosciences, Stroke and Recovery, and remains active in Orange County’s medical community.

His general neurosurgery is performed using state-of-the art neuronavigational computers and he prides himself in being a master of minimally invasive neurosurgery accomplishing better results, by being less invasive and using more powerful, modern tools.Dr. Christopher  Duma is one of the most experienced in his field. In addition, he has been at the forefront of research in immunotherapy for primary brain gliomas such as glioblastoma multiforme, anaplastic astrocytoma, and astrocytomas and is involved with futuristic research in the use of immunotherapy to fight malignant brain tumors. Dr Duma is also interested in combination of his “leading edge Gamma knife techniques” with other modalities of antineoplastic therapies including epigenetic therapy( MTET). 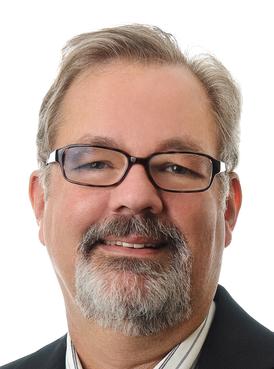 Timothy M. Stearns is the holder of the Coleman Foundation Chair in
Entrepreneurial Studies and Executive Director/Founder of the Lyles Center for Innovation and Entrepreneurship at California State University, Fresno. Professor Stearns, received  his doctorate in management/sociology from Indiana University. He previously was a member of the management facility at the University of Wisconsin, Madison and Marquette  University. Professor Stearns has co-authored a textbook on management and is the author of more than 100 research articles and presentations.

For over 20 years he has taught and lectured on entrepreneurship and innovation to students and executives in Thailand, Poland, Japan, Kazakhstan, Macau, India, Singapore, Germany, Malaysia, France, Belgium, Sri Lanka, and the Peoples Republic of China. He is on the board of the Central Valley Business Incubator, a co-founder of Kids Invent and a co-founder of the National Network for Technology Entrepreneurship and Commercialization. In 2007, Professor Stearns won the prestigious Wang Family Excellence Award given each year to 4 faculty members selected from the 23 campus wide California State System. In January 2009, He also received the university's 2009 President's Award of Excellence which annually
recognizes a faculty member at Fresno State.